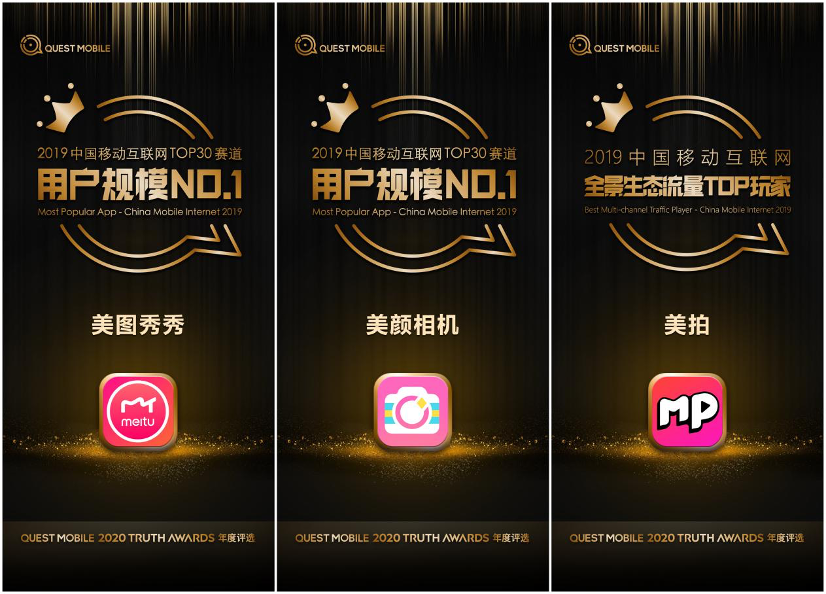 As the most well-known photo editing tool and photography community, the Meitu App has obvious advantages in user base rankings. As of June 2019, the Meitu App’s Monthly Active Users (MAU) has grown by 5.1% year over year to 123 million, a record high. In addition, the average daily usage duration for the Meitu App has achieved 12 minutes, while the number of photos and videos uploaded daily saw a significant increase of 5.5 times higher compared to December 2018. The data shows that the stickiness of the Meitu App has continued to grow for our millions of users.

BeautyCam also maintained its influence as a top national app in the Camera & Video category. According to QuestMobile, BeautyCam has maintained its position as the top app in user base size, with an MAU of 62.9 million in October, a penetration rate of 5.55%. Faceu and B612 took the 2nd and 3rd places, while Ulike, Wuta App and Yitian Camera separately took the fourth, fifth and sixth places in the rankings with MAUs of 30.5 million, 23.12 million and 18.9 million, respectively. BeautyCam was the only app with more than 60 million MAU in that tier and with more monthly active users than Ulike and Wuta App combined.

According to QuestMobile’s Autumn Report on the 2019 China Internet, the attention of users continues to be dispersed among a growing number of emerging apps, with mobile Internet users downloading apps from 18 different app categories on average, which means the battle for user attention has intensified. In addition, the number of post-00s Internet users has reached over 100 million, and they have become an important target in the fight for market share on the mobile Internet. Meipai, the Meitu App, and BeautyCam are well-versed in the preferences of young users and are fully prepared to win the battle for these valuable users.

In 2019, Meipai successively launched Easy Creation for smartly editing and beautifying videos; Flash Photo Collage to help users easily create popular videos by matching music to their videos and syncing the rhythm together seamlessly; the MV Function, which provides MV templates including styles like trendy, vintage, and fun, among others; and the Film Function, which provides users with film-like filters and narration lines. This, combined with our Meitu AI beautification technology, allows users to find their true beauty in all their selfie videos.

The Meitu App has also released many new features for young users. They can now instantly add toned abs; transform static photos into dynamic ones with the Animate function; change the sky in a photo into an anime style sky by using the Anime Sky filters; and upload a selfie to My Comics, which uses a precise cutout and styling process to deliver an anime selfie set inside a delicately designed setting or scenario. 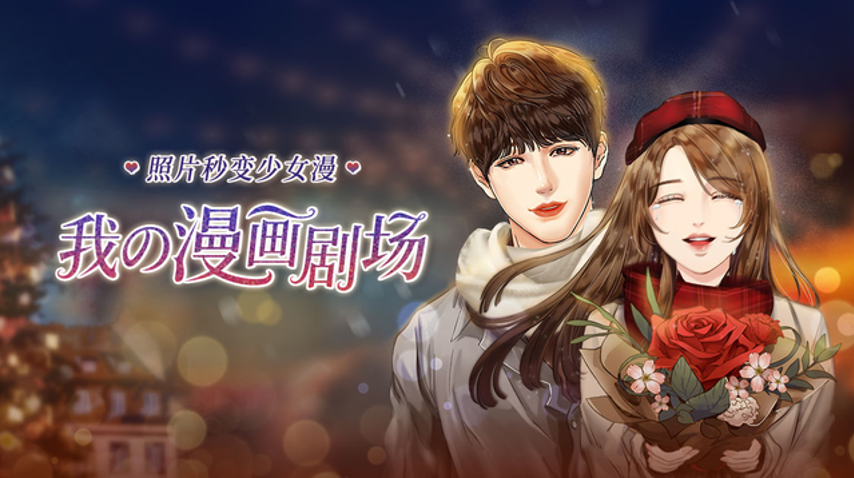 BeautyCam has recently released Slender and Natural Mode to cater to the young generation’s desire to be naturally beautiful. Slender Mode offers many templates, including Pixie, Galaxy, and Outfit, to enable users to take full body selfies that show the best body proportions possible. Natural Mode conceals blemishes while retaining a natural skin texture and does not change the color of foundation the user is wearing. Our SLR-Grade filters also help users edit selfies that will stand out among the crowd.

These creative options have attracted a lot of young users, including young famous celebrities such as Yuan Bing-Yan, An Xi-Yue, Meng Zi-Yi, Bai Lu and more, who have become loyal users ever since.

The continued growth of our young users has further strengthened Meitu’s position as a powerful competitor in the industry. The Meitu App and BeautyCam have also recently seen their product value grow among young users.