The 2020 Guangdong & Macao Branded Products Fair was held in Macao in December 11th. The fair was jointly organized by the Macao Trade and Investment Promotion Institute and the Department of Commerce of Guangdong Province, integrated trade, cultural exchange and leisure shopping to promote the economic development of Macao and the overall development of the GBA during the post-epidemic period. Meitu was invited to join the fair and promoted the fair using various forms. Wang Xiujuan, COO of Meitu, and Sun Kai, Vice President of Meitu, were invited to the GBA Science and Technology Innovation & Cooperation and Industry Coordination Development Forum, in which Mr. Sun delivered a speech themed Meitu’s Innovative Strategy and Macao’s Economy and Tourism Development. 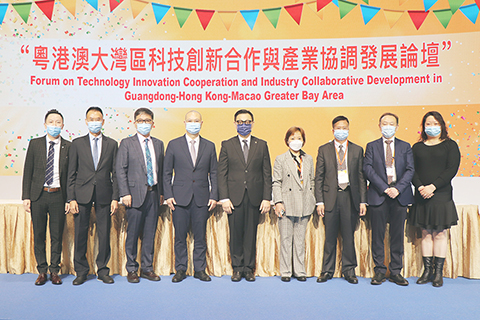 In his speech, Sun Kai said that he witnessed the charm of Macao as one of the key cities of GBA and Macao is the important engine in the development of the GBA. He also spoke on Meitu’s plan to take the initiative in spreading the energy of beauty by attracting and cultivating brilliant beauty content producers, and added that Meitu values the advantages and opportunities that Macao has to offer.

During the fair, Meitu spread the beauty of Macao and the GBA through live-streaming the process of the fair, promote influencers on its platforms as they highlighted some of Macao’s interesting sites, as well as launching related topics in its community for greater exposure and releasing Macao-themed stickers, kickstarting its commitment to spread the energy of beauty.

By livestreaming merchant activities and doing live interviews at the fair, people across the globe could experience the atmosphere of the fair and learn more about the products being shown. They could also learn more about Macao and the GBA, making tourism and trade more likely.

During the fair, Meitu introduced Macao through its influencers from the community. They highlighted Macao’s most interesting sites, cafes, and beautiful local handicrafts through videos, pictures and livestreams, spreading the culture and local features of Macao across the Internet and across the world.

Meitu also launched content for topics related to Macao and released 12 Macao-themed stickers in the Meitu App to help users learn more about Macao through the details of its beautiful scenery and local food.

Meitu used its platform and abilities to help more people become familiar with the unique beauty of Macao.

Over the last 12 years, since its founding in 2008, Meitu has grown into an international company that has served more than 2 billion users in over 100 countries and regions. By developing its strength in the field of beauty, Meitu has become a powerful assistant for not only its users, but also companies, industry and entire regions of the world. During the fair, Meitu showed off its capacity as a service provider and its plans to continue expanding its power into other fields in an effort to help make the world a more beautiful place.