Chinese Culture has become one of the most popular topics on social media in both China and overseas since Li Ziqi’s videos went viral on YouTube. Looking back at history, Chinese culture has had a broad influence on other Asian countries, with history books clearly recording cultural exchanges between China and Japan as far back as the Western Han Dynasty more than 2,000 years ago.

As a country bordering China, Japan is arguably the country that is most influenced by Chinese culture. Japan even selects an annual kanji character that is used to represent the most important events of the year, with the kanji being written in Chinese calligraphy by the abbot of Otowa-san Kiyomizu-dera (a Buddhist temple in eastern Kyoto) and displayed in the temple for the whole year. Coincidentally, countries such as South Korea, Malaysia, and Singapore all conduct an annual selection of the most representative Chinese character for each year. This shows how much influence Chinese culture has had on other Asian countries.

BeautyCam and the Meitu App create a selfie craze across Asia

The Chinese style makeup looks combine modern fashion and the typical makeup characteristics of the Han, Tang, Song, and Qing dynasties, revealing classical Chinese aesthetics, clothing, and accessories. These makeup effects have not only attracted attention from home, but also from Japanese beauty bloggers on Instagram and YouTube, who have been spontaneously recommending the makeup effects to their followers.

“These effects are really popular now and they are amazing! I’ve never seen makeup like this before. You should all try it out! 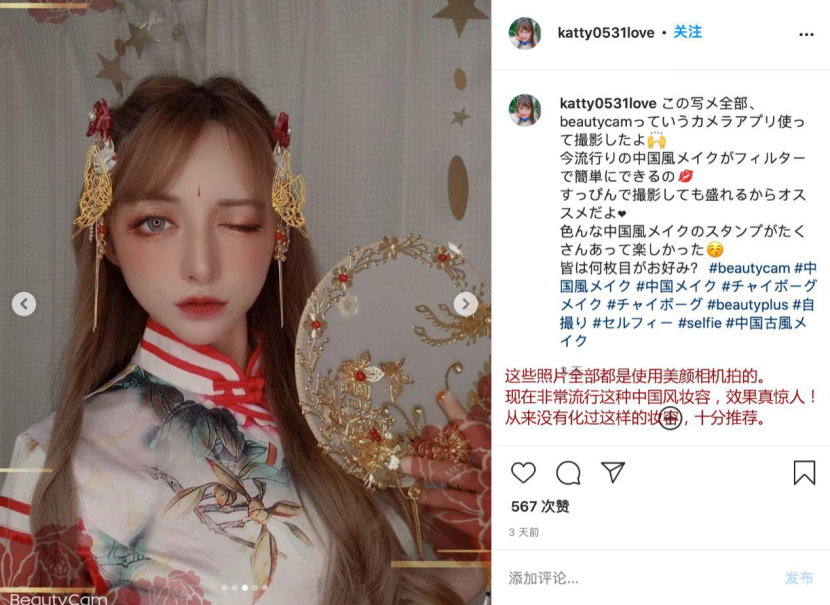 “The Chinese makeup effects on BeautyCam are stunning! I really like them!” 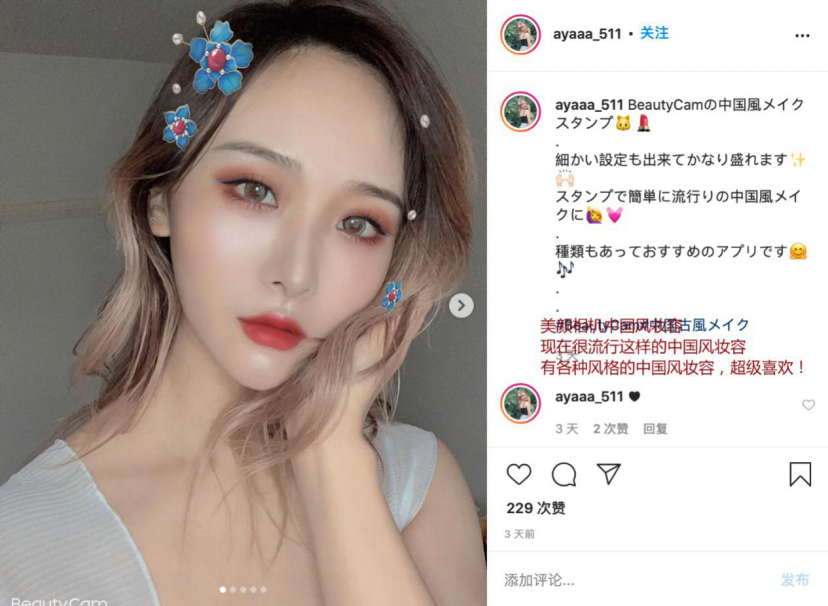 “Look what hidden treasures I found in these effects!” 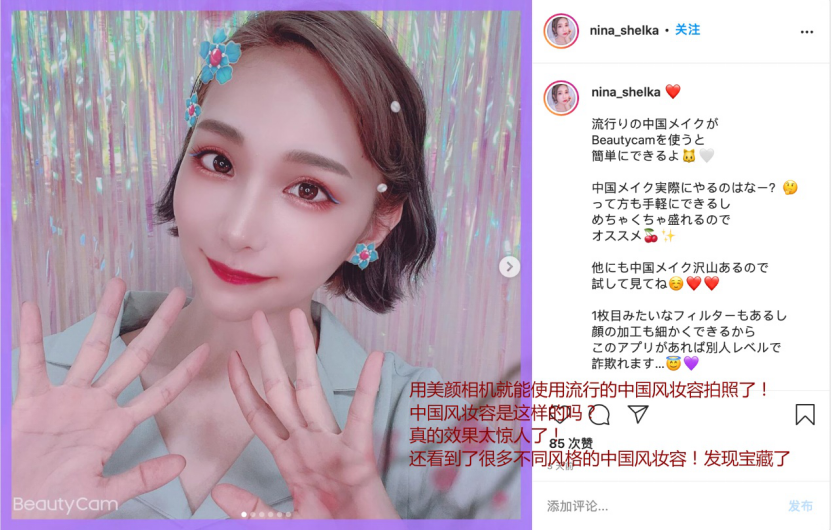 @saki.rin02 marveled at BeautyCam’s power in detailed facial beautification and refinement, and told her fans they must try the amazing Chinese style makeup looks that span many different eras of history. 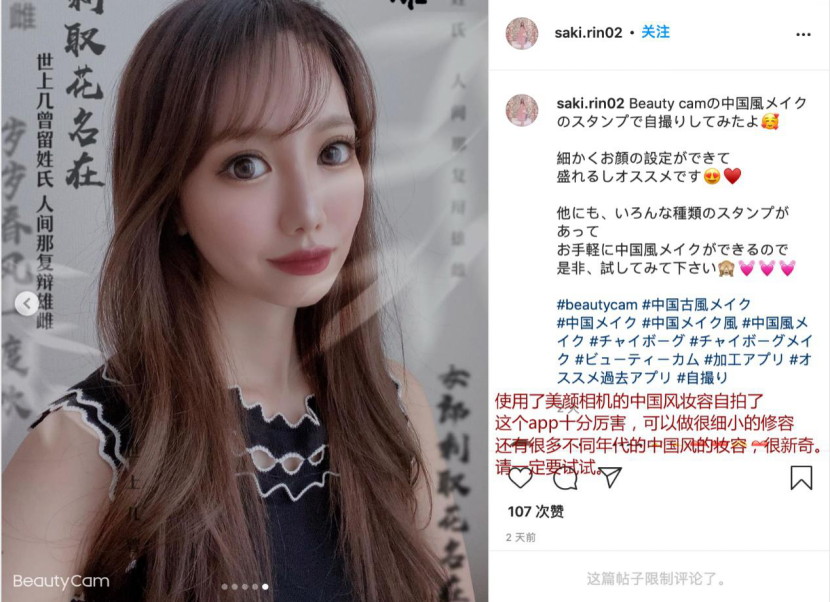 @candymiliki said Chinese style makeup looks are very popular now, perhaps because of Chinese costume dramas. But the effects are even more pleasantly surprising when you try them out yourself!

Chinese costume dramas, including Scarlet Heart and Empresses In The Palace, have grown in popularity over the past few years. In 2012, the Japanese TV station BS Japan introduced Scarlet Heart, and it soon became the most watched TV drama. It was during this time that the "Chinese makeup" look started to leave a lasting impression on Japanese women. 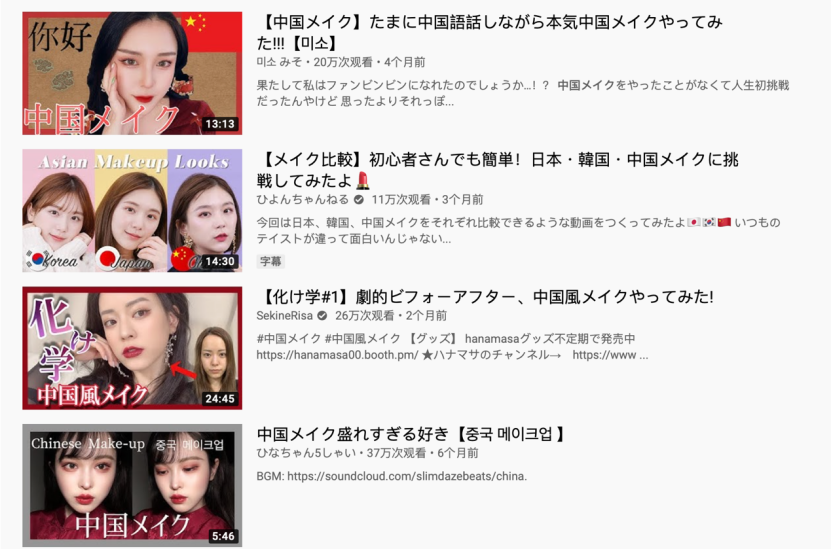 There have been more than 11,000 #ChineseMメイク posts on Instagram. 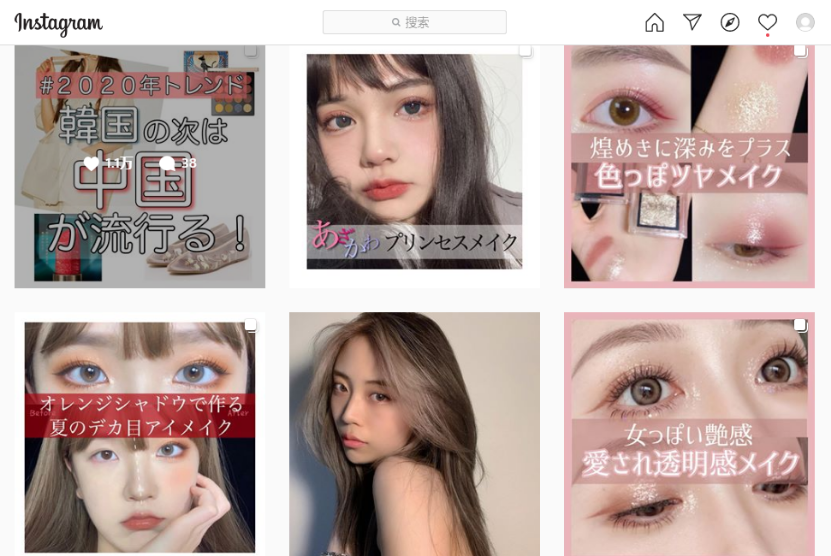 Due to the popularity of Chinese makeup, Japanese netizens have even coined the term "チャイボーグ", meaning a Chinese beauty who is too perfect and eastern that she’s like a cyborg.

At the same time, the Meitu App, another camera app from Meitu, is very popular with young users in Thailand and South Korea.

In Thailand, the editor-in-chief of Fashion Bazaar (Thailand Edition) shared selfies on their social network account that were taken using effects from the Meitu App. The Thai fashion blogger @Fah sarika, who has 759,000 followers, showed off the Meitu App 's beauty features. The posts were very well received by her fans. 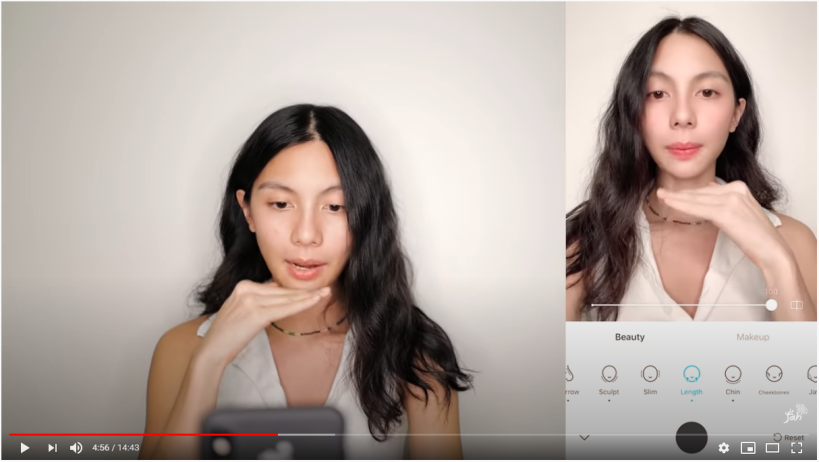 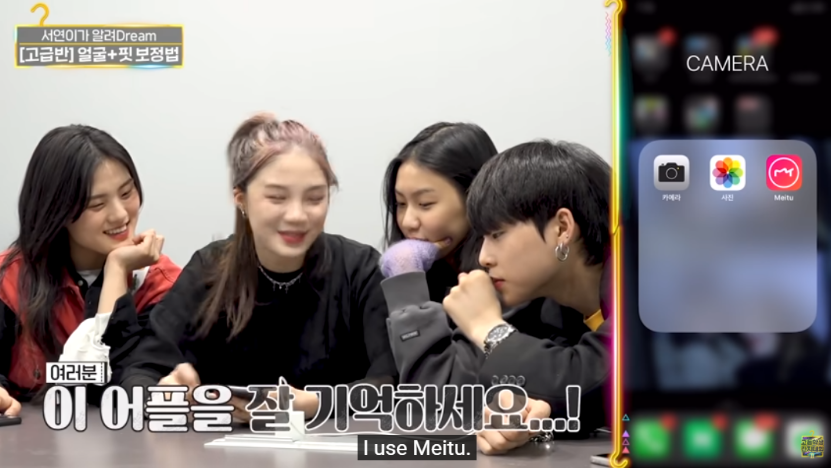 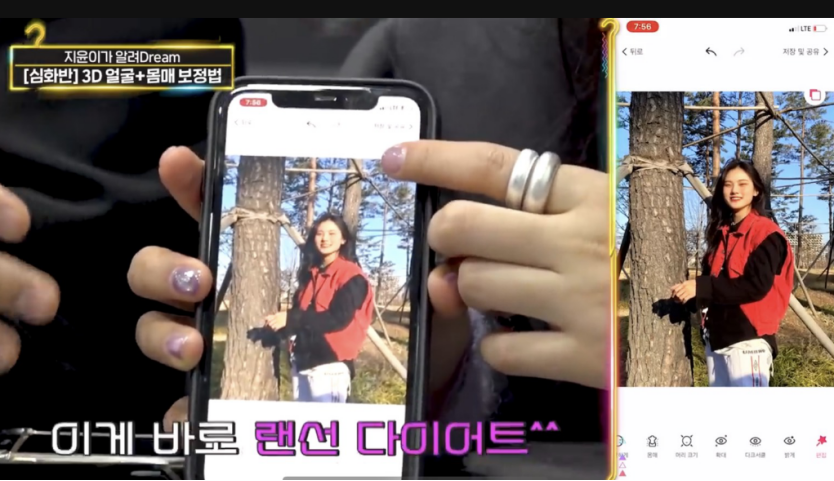 Meitu is bringing Chinese aesthetics and traditional culture to the world in its own unique way.

Meitu is bringing Chinese culture to the world through Beauty

There are still invisible barriers to cultural exchange in many fields, and these barriers are not easy to break. We must find universal elements that are commonly pursued by people around the world, such as beauty, in order to break down the walls. Visual beauty, spread through pictures and videos, can be quickly obtained and perceived, which explains why Meitu's products have grown in popularity, spreading all over the world. At the same time, this affirms people's common pursuit and longing for a better lifestyle.

Beauty brings Meitu closer to its users, and as a result, more and more foreign netizens have grown interested in China and now have a desire to learn more, showing that beauty is the right way to bring about the exchange and export of Chinese culture.

In the Tang Dynasty, 1400 years ago, missionaries from the West visited China, and the great bonze Jianzhen made several trips east to Japan. During the Yuan Dynasty, Marco Polo brought to Europe all that he saw and heard in China. During the Ming Dynasty, Zheng He traveled to the West, resulting in the far-reaching influence and spread of Chinese culture. Today, Meitu is using the mobile Internet to promote the exchange of Chinese culture with the world in an efficient way, using "beauty" as the medium.